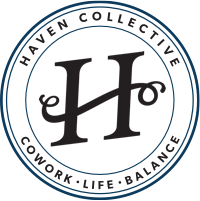 New Year, New You… No Thank You

Invariably, the new year brings about the usual talk of how important it is to set resolutions with advice on how to set goals, ways to stick to them, and all the “start fresh” and “new year, new you” motivational quotes you could ever need.

But is that what you really want? 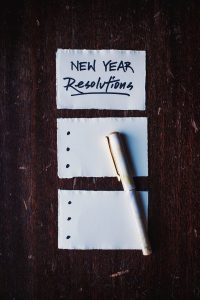 Does the simple fact that Earth has made an orbit around the Sun again mean you have to accomplish some particular set of newly-stated objectives? Do you magically have to start over with a blank slate and a fresh start because the clock struck 12:00 after New Year’s Eve? Do you really need to reinvent yourself and do away with last year’s version of you and create a new you?

Look, I’m not harping on setting New Year’s resolutions or anything, it’s just that if you’re like most people they’re not really doing you any good except setting yourself up for disappointment shortly into the new year – even as soon as January 19th!  (Plus, research suggests that about 80% of new year’s resolutions fail).

So what can you do instead?

1. Add something back in.

There seems to be so much “cutting”, “reducing”, “removing”, “losing”, and “giving up” in resolutions. It takes willpower and costs energy to deny yourself things. Especially after a very challenging past couple of pandemic years, maybe it’s okay to take a gentler approach and give yourself a break this year. It’s not necessarily about finding that “New You”, but renewing or rediscovering something about your “Old You” that you want to bring back or rekindle in a way that’s meaningful to you now more than ever. Take an inventory of things you’ve changed, either intentionally or unintentionally, over the last two to three years. What are you fine without? What do you miss? What parts of yourself did you have to leave behind or set aside? What might you bring back? What matters to who you are and what you care about today? For example, mostly because of the pandemic, I gave up martial arts and singing, two things that were part of my identity that I’ve been missing for almost two years. This year, I’m planning to work them back into my life.

Resolutions are doomed for failure in part because of the unrealistic promise of success, even when stated as S.M.A.R.T goals. “I will have 120k followers on my Instagram account by the end of 2022, with a cadence of 10k each month!”. That’s fine and dandy, but think about the why behind that goal. Is it that you really want 120k followers or is it that you want to reach a wider audience with your brand or product? James Clear suggests focusing on the identity you want and building habits that support what must be true of someone with that identity. In the social media example: become the person who consistently engages people with interesting and meaningful content at least 4 times per week. In my case of adding something back in that supports a past identity that I want to reclaim, being a martial artist means becoming (again) the kind of person who practices the physical, mental, and spiritual aspects of martial arts every day.

Once you’ve identified what’s important to your identity and stated some truths about the person you want to become (or get back to), next roll those up into an overarching theme. What words come to mind? How might you describe what you’re searching for in a single word or two? For example, in 2020, I wanted to become the kind of person that spent less time getting lost in too many activities that didn’t bring a lot of value to me or my business – my words were “Elevate and Focus”. Despite that, entering 2021, I found myself in the midst of several significant changes, both professionally and personally – my word then was “Balance”. Now, in 2022, after a difficult couple of years, I want to feel good again and rediscover what makes me feel more at peace and have a greater sense of purpose – my word is “Renewal”. Write it down. Carry it with you. Use it to remember what you want and what it means to you to achieve it.

No one ever said you had to create new year’s resolutions each and every year, but that also doesn’t mean you can’t keep working on yourself and make life a little better along the way. This year, give yourself a little grace and instead of starting over, shoot for some meaningful additions, shape incremental habits that support who you want to be, and give yourself a mantra that represents what you want out of your year.

And if all this sounds a bit daunting but you still want some New Year’s to-dos, just grab a handful of these stupid-simple ways to slightly improve your life.

Cheers to a new year, and a new…way to think of you.

Written by David Lim. You can read more of David’s writing by visiting In Between Degrees.

PrevPreviousICYMI – The Most Popular Blogs of 2021
NextOur Vision for 2022: A Chat About Expansion – and How to Do ItNext